Skimming: What is it? And how you can protect yourself

Card Skimming is not new, but the technology that makes it possible is evolving. Would you be able to identify an ATM rigged with skimming devices?

Let’s start with what is Card Skimming actually is.

Skimming occurs when thieves attach devices to ATMs that capture your card number and PIN. While there are several versions of skimmers the basic components are:

The main component is the skimmer, which is a small device that fits over the card slot or in some cases inside the card slot itself. As you insert your card, the device reads you magnetic strip and records the information as it enters the ATM. Everything functions normally, but your card has now been copied.

The second component is either a keypad overlay or a video camera that captures your PIN (Personal Identification Number). The overlay is often hard to detect. It simply lies on top of the original keypad and records the PIN numbers as you type. Because the pressure is enough to pass through the overlay and engage the real keypad underneath, the transaction can easily go unnoticed. This method guarantees accurate capture of the PIN.

The alternative to the keypad overlay is a tiny video camera hidden somewhere on or near the ATM. The camera records the user as they type their PIN sequence.

The copied or “skimmed” data is then programmed onto bogus blank ATM cards. When matched with the recorded PIN, thieves can now use the fake cards at ATMs to withdraw cash or make purchases. Basic skimmer devices record the copied data on the device itself. This means the thief must return to the ATM to retrieve the skimmer device. Newer skimmer devices have the ability to transmit the copied data wirelessly.

So how do you know if the ATM you are about to use has a skimmer device?

How you can avoid skimmers.

Card Skimming is relatively cheap and has a high payoff, so it is likely going to be around for a while. But, now you know what to look for and can avoid being skimmed.

Bank Jugging: What is it? And how you can protect yourself

As long as there are people making money, there will be others who will try to take it from them. While Skimming has been around for a while, the newest forms of theft are Bank Jugging and Card
Blog Article

Card Cracking: What is it? And how you can protect yourself

“Need cash quick with no strings attached? Have I got a deal for you?” Who couldn’t use some extra money, especially high school or college students that are just finding their way in the real world
Blog Article 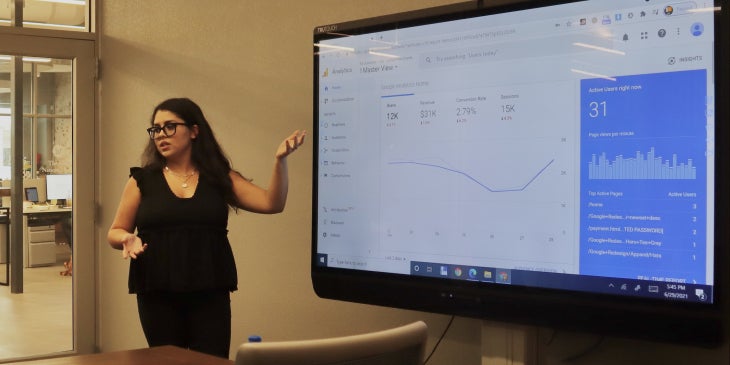 After wrapping up a three-part series around the Startup Waco and Public Improvement District Marketing Skills Toolkit, we thought it was time to take a deep dive into some of the essential tools that all businesses should be utilizing. For our June Bank & Brews workshop, Extraco’s own Digital Marketing Specialist, Carina Yebra, walked attendees through what she considers to be an essential, and often underutilized, tool for all businesses– Google Analytics.
END_OF_DOCUMENT_TOKEN_TO_BE_REPLACED

Close
Continue
Chat with a real person to get help right away!