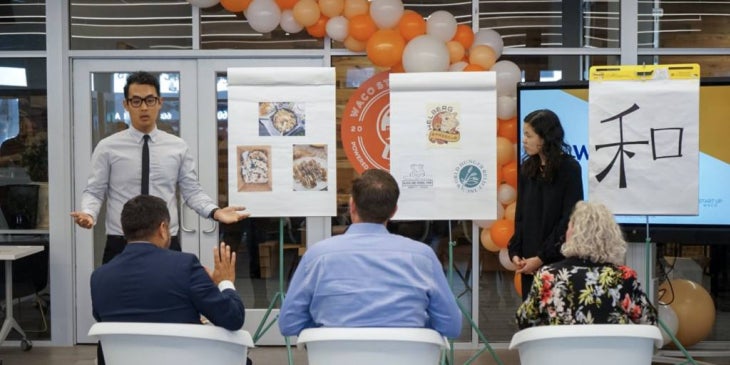 HomeHarvest sells the GreenPod, a hydroponic growing system that allows customers to produce organic commodities for an ongoing revenue stream by selling the produce to an end consumer. HomeHarvest is a start-up incubating out of the entrepreneurship program at Rapoport Academy Public School and is a collaboration between capstone students, teachers and strategic community partners. HomeHarvest plans to put $2,500 toward paying the students and the remaining $2,500 toward building a prototype, due in summer 2019.

Waco Bao is a new concept led by Waco Cha owners, Devin Li and Jaja Chen. According to the Facebook page, Waco Bao “bridges cultures and builds community through authentic Chinese/Taiwanese food and drink.” Waco Bao also started holding dumpling making classes for the Waco community starting in April and will hold a second class in June. Waco Bao will use the $2500 to purchase initial start-up equipment needed to launch Waco Bao at the Waco Downtown Farmers market by the end of 2019 or early spring 2020.

The pitch event capstoned the larger Waco Startup week that ran from April 23-25 and offered more than 25 free workshops, panels and events to Central Texas entrepreneurs. Startup weeks are held throughout the country as a way to celebrate entrepreneurship and rally together as a community, and Waco did not disappoint. More than 300 Central Texans attended panels and workshops on social media, social innovation, ideation and lean startup as well as pop-up events offering tacos and donuts. 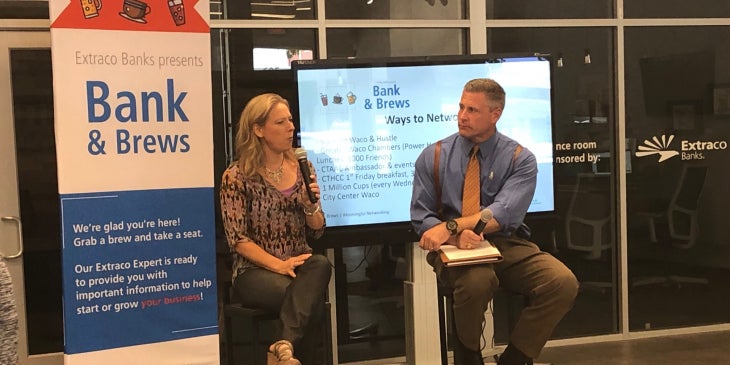 By: Sam Brown and Fiona Bond If you’re in the business world here in Waco, you’ve likely seen how many networking opportunities occur each month. It seems like there is an event every day! Whether you
Blog Article 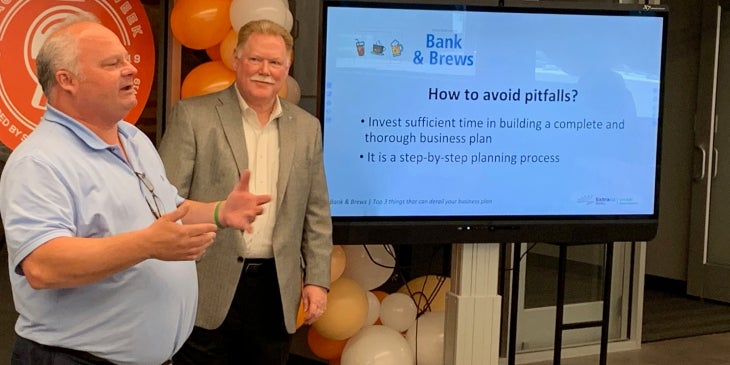 ICYMI— The Ultimate Bizkill: Top 3 things that can derail your business plan

By: Mark Reynolds & Tim Holtkamp So, imagine you’re developing your business plan for your start-up. You may think you have the BEST business concept and you know you’ll get the capital resources you
Blog Article 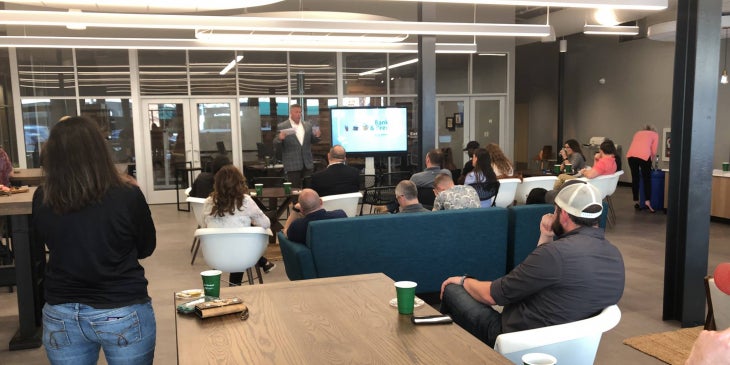 By: Sam Brown Entrepreneurs struggle with the burning question–when is the right time to quit my day job? What if I quit too early? Or the real zinger question: What if I quit too late? No matter how
END_OF_DOCUMENT_TOKEN_TO_BE_REPLACED